VVS Laxman column: Indians back in their comfort zone in Twenty20 format 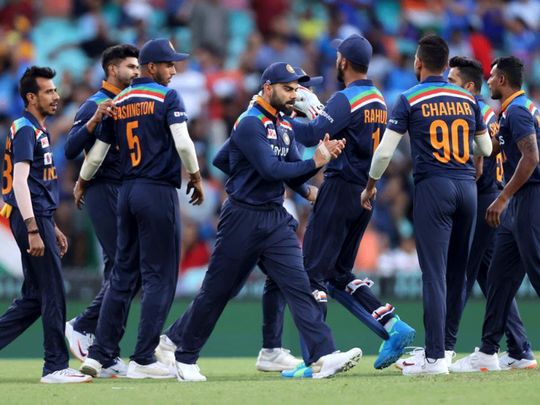 As expected, India have been excellent in the Twenty20 Internationals, their familiarity and comfort with the format allowing them to take a series-winning lead after just two matches. Every member of the squad is coming off at least a dozen games for his franchise in the IPL, and almost all of them were key members of their sides.

The confidence gained from two and-a-half months in the UAE has enabled them to play fearlessly and build on the victory in the final one-dayer.

What’s noteworthy is that the team hasn’t been reliant on individual slices of batting brilliance. The collective strength of the batting group is a welcome development with Twenty20 World Cups scheduled over the next two years. Their strength in depth should stand India in good stead, particularly when Rohit Sharma too joins the mix.

More than anyone else, Hardik Pandya trained the spotlight on himself with power-packed performances, especially in the second game in Sydney on Sunday. Pandya played a lead role in Mumbai Indians’ title-winning run and has evolved into a dependable late-order batsman, effortlessly slipping into the role of a thunderous finisher. He seems to have emphatically settled the debate of who’s next, now that MS Dhoni has retired from the international level.

For all their top-order riches, India’s talent pool doesn’t have too many that can provide impetus at the death. Against that backdrop, Pandya’s composure and consistency must come as great relief to the think-tank.

Ravindra Jadeja again showcased his exponential growth as a thinking batsman in the first T20I in Canberra, giving the captain a bankable additional option while T. Natarajan continued his dream initiation in the blue jersey with two sparkling performances. Impressively, he didn’t rely on yorkers alone to do the trick. I enjoyed his leg before dismissal of Glenn Maxwell on Friday and the confidence with which he has brought his other variations into play. He has looked at home in the cauldron of international cricket, no mean accomplishment for a late bloomer.

Both wins were achieved without two of India’s most influential white-ball performers, Rohit Sharma and Jasprit Bumrah. India have been a different force since the last World T20 in 2016, and it’s clear to see why.

While they stand on the brink of another clean sweep in Australia, India will be concerned with their catching and ground fielding, however. Some of the best fielders in the side are shelling easy chances and there have been fumbles and overthrows galore. They must be hurting because they work very hard and take great pride in their fielding, so expect them to bounce back strongly in this discipline too.