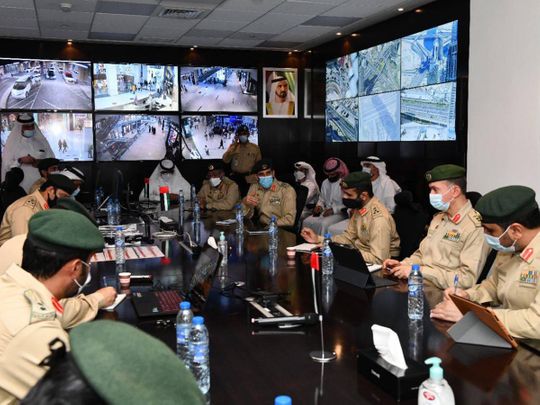 The inspection was conducted in the presence of Brigadier Saif Muhair Al Mazrouei, Director of the General Department of Traffic and Acting Chairman of the Events Security Committee (ESC); Brigadier Abdullah Khadim bin Sorour, Director of Bur Dubai Police Station and Chairman of the Board of Directors of Police Stations; Brigadier Rashid bin Darwish Al Falasi, Acting Director of the General Department of Protective Security and Emergency; and a number of other senior officers and security officials.

During the visit, Lt Gen Al Marri was briefed about the crowd management system and the security arrangements and other measures to be put in place to secure the New Year’s Eve celebration in the area. He was also briefed about the event’s overall organisational plan, including the precautionary measures being implemented and the smart security systems deployed at the celebration sites. As part of the tour, he also inspected the medical support tents, medical isolation rooms and the field hospital set up in the area. 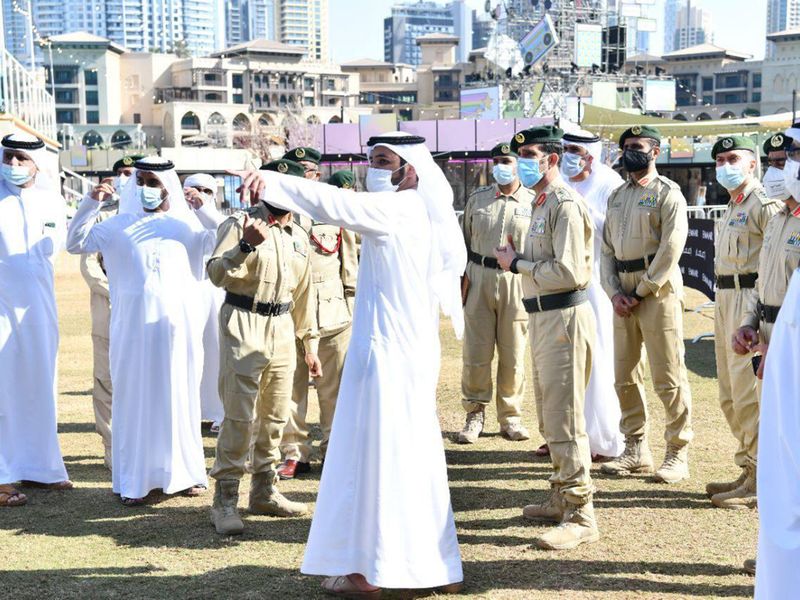 Lt Gen Al Marri said Dubai Police personnel will be deployed across 23 locations in the city where fireworks will be on display, to ensure spectators can enjoy the celebrations safely. He said his visit to the operations room in the Burj Khalifa and Mohammed bin Rashid Boulevard area was aimed at ensuring that the Events Security Committee and their partners are ready to secure the New Year’s Eve and New Year celebrations and deal with any potential incidents in a swift manner.

Lt Gen Al Marri noted that this year’s celebrations would be exceptional due to the COVID-19 pandemic. Strict precautionary measures are being implemented across all celebration sites to ensure the health and safety of the public.

The commander-in-chief of Dubai Police said the unique and remarkable security measures planned for the celebrations were made possible — thanks to the close cooperation between the various authorities in the emirate, who worked together to develop a unified plan aimed at ensuring the success of the celebrations.

Brigadier Al Mazrouei explained that all information related to the celebrations, including traffic updates, will be available to the community through the Dubai Police Smart App and the Events Security Committee App. Alternatively, people can follow the updates on Dubai Police’s social media accounts, he said.