UAE: Planning of heading out? Always carry your umbrella as there is a chance of rainfall especially in some parts of Ras Al Khaimah and Fujairah. Motorists are advised to drive carefully as the roads might be slippery due to the wet conditions when it rains.

Today’s weather condition, according to the National Centre of Meteorology, will be partly cloudy to cloudy at times over some coastal and eastern areas with a chance of light rain. It is mostly sunny in Abu Dhabi and Dubai but it’s forecast to rain in parts of Ras Al Khaimah an Fujairah.

We can expect some moderate Southeasterly to Northeasterly winds, freshening at times causing blowing dust with a speed of 20 – 30 km/hr, reaching 40 km/hr. 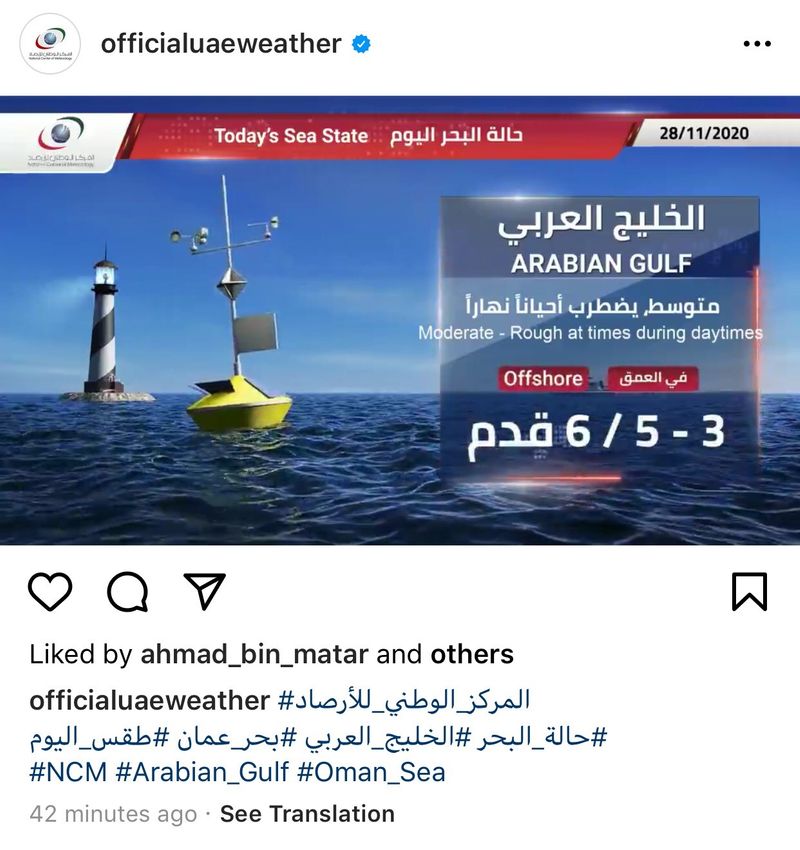 The sea is predicted to be moderate becoming rough at times in the Arabian Gulf. The Oman Sea is expected to be more moderate.

Current temperature in Dubai is 29 °C.

The maximum temperature in the country is expected to be between 27 and 32 °C. And, the lowest will be between 15 and 19 °C.