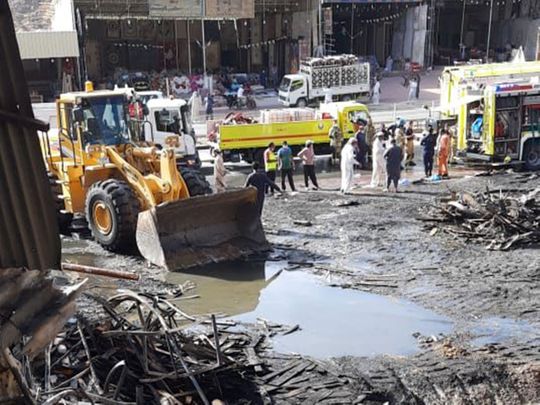 Fujairah: As the embers cooled and the debris of Saturday morning’s devastating fire at the Friday Market in Masafi was being cleared, traders who lost all their belongings in the tragedy are trying to come to grips with their loss.

Jamel Abdul Jamel, owner of one of the shops, told Gulf News that they are hopefully soon be able to resume their businesses. They appealed to the authorities to help them to cover their loss as they do not have insurance.

Fujairah Police is still investigating the incident and said results from the police forensic laboratory will be revealed in the next two days.

Police said the fire originated at the Jamel’s shop and spread to the adjacent shops. “We summoned the owner and staff of the shop to the police station for questioning,” police said.

Gulf News visited the site on Sunday to check the aftermath of the fire at the site, which is a popular halt for tourists on the way to and from the east coast of the UAE. Municipality workers were seen working and had removed all gutted remains from the site. Civil Defence officers were seen inspecting the site.

The cost of the damaged goods was officially estimated at Dh1 million. Two passports, official identity cards, driving licences, trade licences and other official documents were also gutted in the fire.

An Afghani trader, Jamel Abdul Jamel Abdullah, 26, told Gulf News that he was in Ras Al Khaimah at the time of the fire and he received call from his brother informed him about the tragedy. “I had lost all my household belongings in the fire,” he said. “I feel like I’m tied up. I’m can’t support myself. The situation is getting worse,” he said.

“My brother, his friend and I have lost a combined Dh1 million. This was everything that we had. Our life investment over the last 10 years vanished in one night, leaving us incapable of covering price of goods, some of which I bought a day before fire. I lost goods worth Dh460,000 in total and the price of goods which I must pay is Dh360,000,” he said. 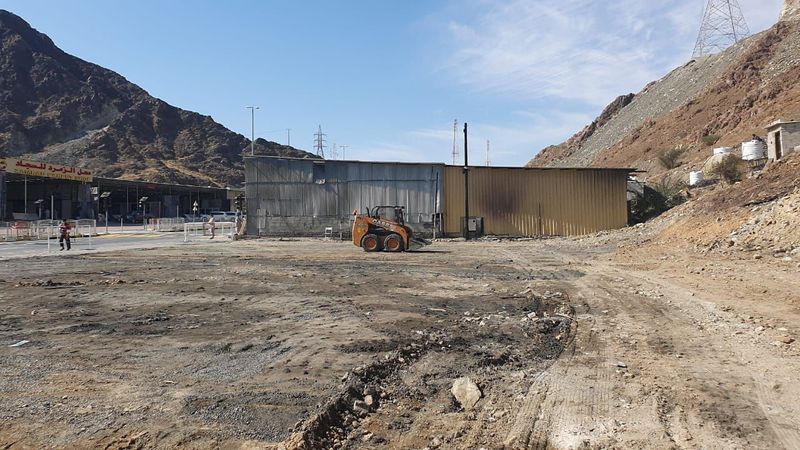 The area where the shops were gutted has been cleaned up.
Image Credit: Aghaddir Ali/Gulf News

Jamel said he had faith in the justice of this country and hopefully those who had lost everything would have the support of the Government.

Abdul Wahed, 34, another shop owner selling household items, had started working in the market ten years ago. He said he has lost Dh150,000 when his shop burnt down. He had five workers with him, and is at a loss of how to pay their salaries.

Waleem Ahmad 45, another owner of a carpet shop, said he lost goods worth Dh400,000 in addition to number of official documents belonging to him as well as his workers, including passports. “Officials had told us that our documents and report will be taken to the Ruler’s Court in a hope for compensation. Hopefully they will compensate us.”