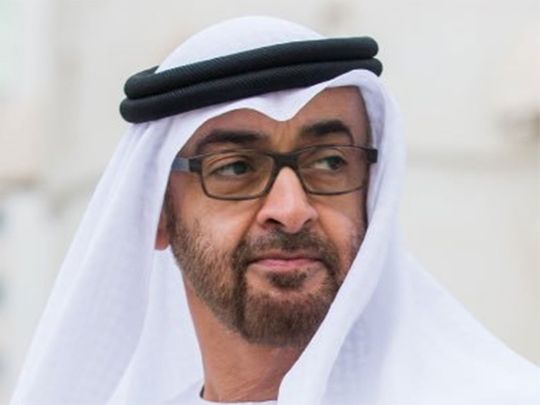 Dubai: “You gave us the ultimate gift. Allow us to repay you in any way, at any time. You have a family now in the UAE and a brother called Mohamed bin Zayed.”

These were the words of His Highness Sheikh Mohamed bin Zayed Al Nahyan, Crown Prince of Abu Dhabi and Deputy Supreme Commander of the UAE Armed Forces, as he called Mohamed Al Sabaei, the brother of Ahmed Al Sabaei, who was a senior laboratory technician at Mediclinic Al Ain Hospital, who died while helping the UAE battle the coronavirus pandemic.

In a moving gesture on Monday, Sheikh Mohamed called the immediate family members of the fallen frontline heroes who sacrificed their lives in the fight against COVID-19 in UAE. Sheikh Mohammed made telephone calls to the families of Ahmed Al Sabaei, Anvar Ali P, Lezly Orine Ocampo, Dr Bassam Bernieh and Dr Sudhir Washimkar who had all laid down their lives in the line of duty, while helping the country meet the challenges of a raging pandemic.

Speaking to Dr Varsha Washimkar, the wife of Dr Sudhir Washimkar, who was attached with Burjeel Hospital Al Ain, Sheikh Mohammed, while paying homage to the sacrifice made by her husband, said: “We are so lucky to have somebody like you co-work with us. It is not just our duty but responsibility to take care of you … Count me as a brother.”

Speaking to Julius Concepcion, the husband of Lezly Orine Ocampo, who was a nurse at Burjeel Homecare, Sheikh Mohamed paid similar tributes for the supreme sacrifice made by her. Speaking over the phone to Rana Al Bunni, the wife of Dr Bassam Bernieh, who was associated with Mediclinic Al Ain Hospital, Sheikh Mohammed said: “This is the kind of men that we can never repay their deeds. We are giving you back the minimum by telling you that you are our sister, our daughter. And this is your country and we are your family.”

Anvar Ali P was a patient administrator at Mediclinic Hospital, Airport Road. Speaking to Anvar’s wife Thanseem Banu on Monday, Sheikh Mohamed said: “It is our pleasure to count you as a family. It is your home.”

— With inputs from WAM