Saudi Arabia: Women’s participation in sports up by 70 per cent 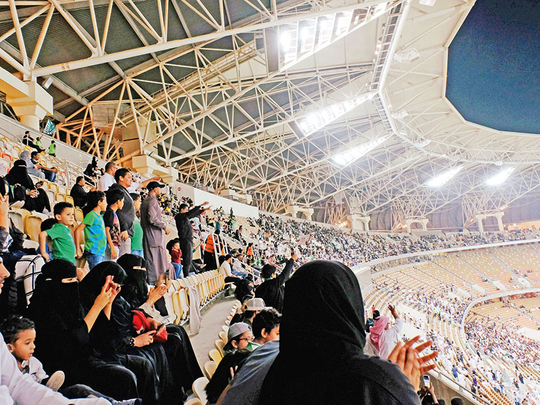 Dubai: There has been a 70 per cent increase in women’s participation in sports in Saudi Arabia, Prince Abdul Aziz Bin Turki Al Faisal said on Thursday.

Prince Abdul Aziz highlighted Saudi Arabia’s success in empowering women and youth through sport, including the first ever Saudi women’s football league set up on Wednesday, in a virtual talk entitled Opportunities for Youth to Create a Better Future ahead of the G20 summit in Riyadh.

On the women’s football league, Prince Abdul Aziz said: “We are very excited, and hopefully it’s one step towards many more steps to come, inshallah.”

He also highlighted steps that the Kingdom has taken to make it easier for small and medium enterprises (SMEs) to set up sports clubs.

Newly developed technology has made it easier for clubs to gain licensing, he said, which has boosted jobs for young people.

He said: “We are looking at the bigger picture to see how we can empower everyone in the Kingdom.”