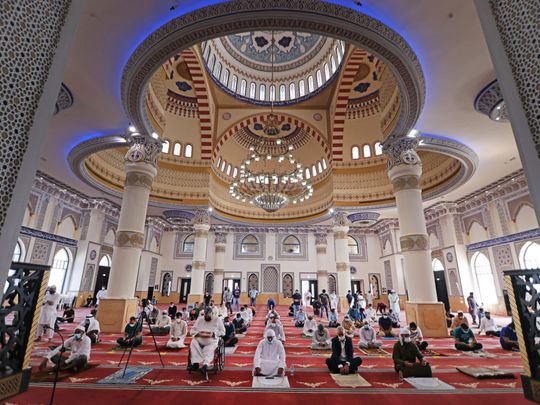 Dubai: In implementation of the directives of the President His Highness Sheikh Khalifa Bin Zayed Al Nahyan, mosques across the country held rain prayers today.

As the Islamic Affairs and Charitable Activities Department in Dubai had earlier announced, the prayers for rain, known in Arabic as Salaat Al Istisqaa, had to be carried out at mosques, mussalahs and prayer sites across Dubai, ten minutes before the call (Azan) to prayer today.

The rain prayers are in keeping with the tradition of Prophet Mohammad (PBUH) to pray for the land to be blessed with rain.

Dr Hamad Al-Sheikh Ahmed Al-Shaibani, Director General of IACAD, had called on residents to perform the rain prayer for every able Muslim, in accordance with the Sunnah, asking Allah Almighty to have mercy on the country and the servants, and to answer the worshipers calls/duaa.

The rain prayer is a prayer that Muslims around the world perform in request for rain from Allah Almighty.