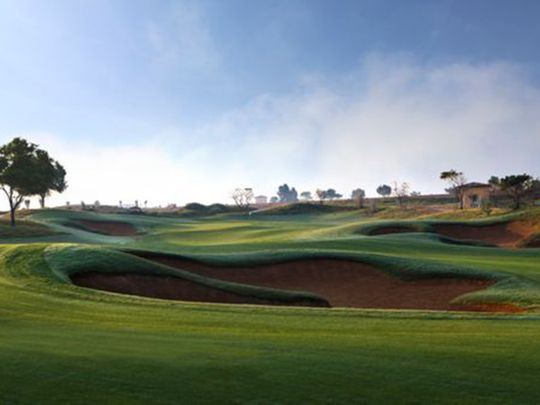 Dubai: As news settles on Dubai adding another crucial event to the European Tour’s golf calendar, Dubai Golf CEO Chris May has hailed the tremendous effort involved at such short notice amid a year thrown off the tracks — for global sports — by the coronavirus pandemic.

Dubai once again grabbed the headlines around the golfing world on Monday as the European Tour announced the Golf in Dubai Championship presented by DP World, which will take place on the Fire Course at Jumeirah Golf Estates (JGT) from Wednesday December 2 to Saturday December 5.

The competition will form a December ‘Dubai Swing’, preceding the fourth and final Rolex Series event of the year, the season-ending DP World Tour Championship, Dubai, which will be played on the neighbouring Earth course at Jumeriah Golf Estates from Thursday December 10 to Sunday December 13.

Such a major announcement comes in the wake of a tumultuous year that saw golf’s Open and tennis’ Wimbledon scrapped, the Olympics and Euros shelved and sport organisations such as NBA, Uefa, the English Premier League and Formula One rapidly scarpering to reschedule some semblance of a season.

The European Tour was obviously hard hit with the absence of fans and a number of events cancelled or postponed, however, this fresh news with bring the ET 2020 campaign to a sensational back-to-back crescendo at Jumeirah Golf Estates to see whom will be finally crowned the Race to Dubai champion.

May acknowledged the massive challenge that everyone behind the scenes faced to bring together this two-week-long golfing party finale.

“We have long been working on this concept during a very difficult year, for understandable reasons,” he said in an exclusive chat with Gulf News. “The concept and logistics involved made it very difficult as the season was still a moving target for a long time.

“We have been investing in making JGT and Dubai the go-to golf destination and now the Fire Course is prepared to wow the world alongside her sister — the Earth Course — which has held the season finale for many years.

“Everyone, from the local organisers, Dubai Sports Council, health authorities, allowed us to take the steps in the right direction. During difficult times, we now have a perfect way to finish the season in Dubai. The players will love the new challenge on two very different courses and — of course — there will be less movement, meaning minds are at ease.”

May also took time to praise the part played by sponsors DP World.

“DP have long been a supporter of the development of golf across the world — especially in Dubai — and here again we see them stepping up. It is another example of their commitment.”