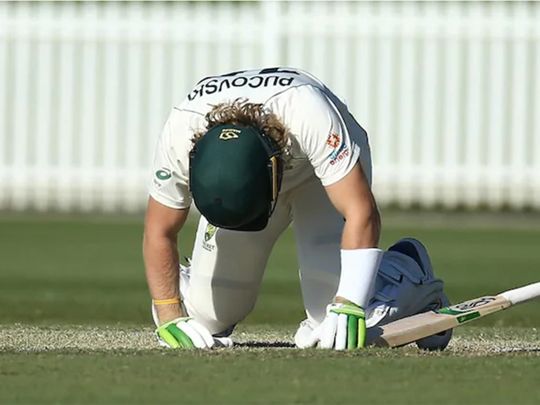 Dubai: Sunil Gavaskar, the former India captain, has pointed the finger of blame at batsmen who continue to stay on the front foot as the reason behind the rise in concussions.

“I think it is more to do with the fact that everybody has got their front-press, where technically they are moving forward and it becomes a little bit difficult,” Gavaskar said. “When English players used to come to Australia they would struggle as well because they were on the front foot. In Australia you want to ride the bounce, to get on to the back-foot so you are able to ride the bounce which is not what a lot of players are not doing today. They are so much on the front-foot and not able to transfer their weight and get out of their way. As a batsman you tend to get a little bit locked.”

The 71-year-old also said that Virat Kohli, just like Rahul Dravid and Sachin Tendulkar, plays the short ball well because he plays from within the crease.

“See Virat Kohli plays the bouncer so well because he has that back and across movement, so he is sort of waiting on the back foot for that short ball,” said Gavaskar. “Dravid used to wait on the back-foot, back and across. Sachin Tendulkar had the minimal front press, therefore he was still balanced when he played the short ball. I think it is just a little technical thing which is why a lot of these people are getting hit on the helmet. You see most of the times people getting hit on the helmet are in between the crease. You very seldom see anybody on the back foot.

“When someone’s front foot is outside the crease and back foot inside, they will get hit. You will very seldom find a batsman getting hit if both his feet are inside the crease near the stumps. Because it has given the batsman that extra yard to either duck under the ball or sway out of the way. But that is what’s not happening. That is the reason why they are getting hit.”