UAE: How can I release passport from Sharjah police? 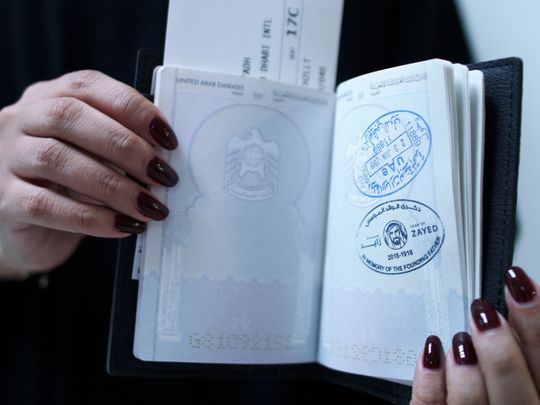 Dubai: If you have a police case filed under your name, is it possible to get your passport released if you need the passport for other services, like visa renewal? This was the query raised by a Gulf News reader.

She asked: “My father has three cases – two bounced cheque cases and a rental dispute case – under his name and he has kept his passport as collateral at the Sharjah Police Department when he applied for bail. We were unable to renew his visa as the passport was at the Sharjah police station. We have had bad experiences with the advocates as they were trying to mint money and kept dragging the case without any reason, and we are not sure how to go about it. I have some questions regarding my father’s case. What are the procedures to retrieve the passport from the police station and if that is not possible would there be a provision to get the passport at least for visa renewal so that his stay can be made legal? If applying for amnesty, is it possible to waive off the case fines, too?”

“It is well known that countries give their citizens passports as a special document, which enables them to enter and leave their countries. Additionally, to protect them outside their homeland, countries have embassies in other countries, with international relations and labour agreements as well. This is a right that comes from the law, so people may be deprived of their rights only by a judicial order. As a result, the authorities within the UAE respond immediately to any application made by residents of a country in the case of their passport being seized. Anyone can use the right of litigation and go to court,” he said.

“Judges in fast-track courts or those adjudicating on urgent matters issue orders in 24 hours for the person’s passport to be returned,” he said.

“Authorities immediately respond to the court orders to hand over a passport to the person for whom the judgement was issued, even if the matter requires the judgement to be implemented by force,” he said.

The court judgement, however, would consider the type of cases that have been filed under the individual’s name before issuing the order.

“In order for the bounced cheque cases to be cleared, the person must present himself in court or a legal agent should be present to pay the fine for writing the cheque without sufficient balance. If the cases are of bounced cheques, then the penal order can be paid if the checks are less than Dh200,000. Even if the cheque was worth more than Dh200,000, the reader can, through the help of legal professionals, explain why the cheque was written and it can also be converted to a fine, but the fine amount would be determined by court. As for the rent issue, a settlement can be made about the amount that needs to be paid,” he added.

According to Gamal, if an individual wishes to request for a waiver of case fees, they can do so by requesting for a pardon from fines with the Public Prosecution and the Ruler’s Office.