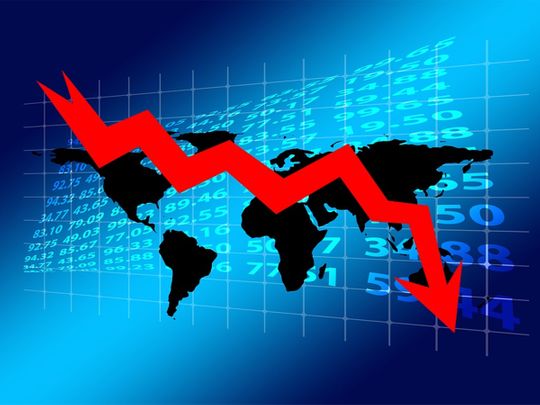 “The dreaded second and third COVID-19 waves are here, and any illusion the world can easily control the spread of the virus has largely vanished,” the economists noted. “The resurgence is pronounced in Europe and parts of the US, where pandemic fatigue has become a formidable challenge for governments.”

Mainstream economists and multilateral organizations such as the International Monetary Fund (IMF) are calling for more fiscal stimulus. “The need to bolster struggling economies has swamped notions of austerity,” the IHS Markit economists further added.

“Unfortunately, institutional and political constraints in Europe, the possibility of a divided government in the US, and limitations on further budgetary expansion in the emerging world mean hopes for big fiscal stimulus are fading.”

The IMF had estimated earlier this week that governments and central banks globally are looking at currently spending $19.5 trillion to help buoy the world economy, which has been reeling under the pandemic’s implications.

The IMF said that governments have announced nearly $12 trillion in stimulus measures as of September and central banks across the world have already spent a combined $7.5 trillion to soften the impact of the pandemic on their economies.

However, despite all these measures some countries need even more help to bounce back from the crisis, but they might not get it, the IMF cautioned.

“Even countries with early successes in combatting the disease (such as Germany) have had to reimpose restrictions on restaurants, bars, and other gathering places,” said the IHS Markit economists. “Some countries (Czechia, France, Ireland, Israel, and the UK) have reinstated partial national lockdowns.

“Successful preliminary trial results for messenger RNA (mRNA) vaccines are encouraging, but the widespread distribution of vaccines is unlikely before mid-2021.”

With the global economy currently in its deepest recession since World War II, there was earlier reason for hope as nations worldwide reopened after the worst of the pandemic in March, with the economic impasse seen ending in record time. But economists later viewed that any rebound would be brief and drag out further.

The 2020 IMF Annual Report noted that despite the unprecedented amounts in tax cuts, wage support, small business loans and cash payments, the world economy is still struggling, while adding that “the state of the world economy is worse when compared with that during the Great Depression.”

“Uncertainty remains around the outlook, alongside long-term forces that shape and influence countries’ response to the virus and the recovery.”

Even before the recent surge in infections, the IHS Markit economists were predicting growth would fade in the closing months of 2020 and the beginning of 2021. “That fade is morphing into something worse,” they now warn.

Eyes on UK, US economic recovery

The economists currently view that in the case of the Eurozone and the UK, real GDP will contract in the fourth quarter of 2020, and recovery will be limited in the first quarter of 2021.

“Prospects are a little less dire for the US economy,” the economists said, while adding that after the US grows an expected 3.7 per cent in the fourth quarter of 2020, average growth in the four quarters of 2021 should be a mere 1.9 per cent.

“The outlook is brighter in much of Asia, where the infection rates have remained low. After a 4.2 per cent decline in 2020, global real GDP growth should reach 4.2 per cent in 2021, 0.2 percentage point below last month’s forecast,” they further note.

Central banks to come through

The IHS Markit economists reiterate that central banks will continue to shoulder the burden of stimulus and, despite repeated contrary statements, monetary authorities are not “running out of ammunition”, as was amply demonstrated during the 2008–09 global financial crisis and the current pandemic.

“That said, there are limits to the effectiveness of massive asset purchases and other unorthodox monetary policies, not least because they create considerable distortions in financial markets,” they added. “Moreover, uncoordinated monetary easing runs the risk of more financial volatility.”