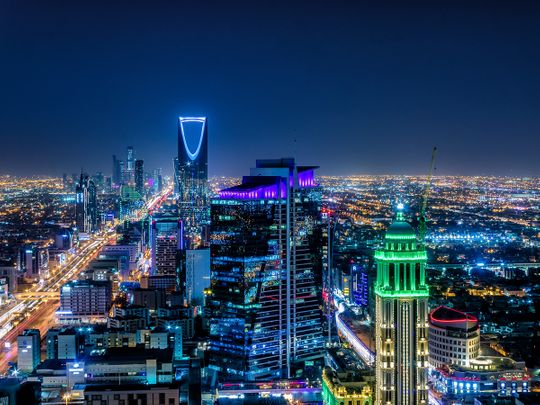 Dubai/Cairo/Muscat/Kuwait City: Oman’s Ministry of Health has announced that it suspected four cases of the new mutated strain of COVID-19 had come into the Sultanate from the UK. The suspected cases are under study to determine if they are indeed the new variant of the virus, Dr. Ahmed Al Saidi, Health Minister said.

The statement came as Saudi Arabia’s Ministry of Health denied rumours that cases of the new mutated strain had been reported in the Kingdom. Dr. Mohammed Al Abdul Ali, the ministry’s spokesperson, tweeted: “No cases of the new mutant coronavirus have so far been detected in the Kingdom. Studies continue to examine the genetic sequence of the virus.”

The kingdom also said that it was unlikely to impose a curfew to prevent the potential spread of a new strain, according to the health official.

Meanwhile, Kuwait’s Directorate General of Civil Aviation (DGCA) said Kuwaiti airspace will be open for four flights only – those arriving from Dubai, Abu Dhabi, Doha and Beirut. An informed source from the DGCA told Al Rai newspaper that, based on health instructions, it was decided to open the airport on Tuesday for citizens and expats with valid residency who are looking to return to Kuwait.

The Minister of Health, Dr Basel Al Sabah, said in a statement that the opening of Kuwait’s airspace is for one day only to allow those stranded abroad to return.

Earlier, Oman’s Health Minister said there were no indications the new mutant variant is more dangerous than COVID-19.

On Monday, Saudi Arabia, Kuwait and Oman halted international flights and closed their borders for a week over fears about the fast-spreading new COVID-19 strain. Oman halted passenger traffic through its air, land and sea ports for a week starting Tuesday, but freight services are exempt from the ban.

The Kingdom may extend the suspension for another week depending on the nature of the virus spread. Saudi Assistant Undersecretary for Preventive Health Dr Abdullah Assiri said that extending the closure of border crossings for one more week hinges on studies, mainly from Britain, where cases of the fast-moving virus strain have been recorded.

“I don’t think we need any extra measures at this stage. Our situation is excellent compared to Britain and the US,” he told satellite TV station Rota Khalijia. “I don’t see any sign of imposing a curfew in the kingdom in the coming period,” he added.

The UK has warned that the new virus strain is “out of control,” prompting countries including France and Germany to suspend travel from Britain.

Previous articleIndia to bolster diaspora ties, focus on return of expats to work after they had flown home amid COVID-19
Next articleIn Santa’s post box: A glimpse into UAE kids’ pandemic worries