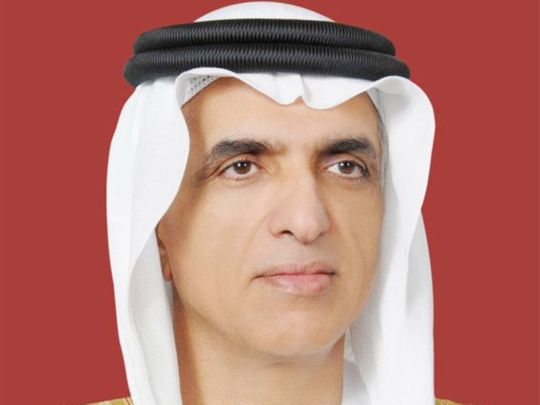 Ras Al Khaimah: His Highness Sheikh Saud bin Saqr Al Qasimi, Supreme Council Member and Ruler of Ras Al Khaimah, on the occasion of 49th National Day, stressed that the UAE is a model of solidarity among siblings who have been united under the Union Flag to secure the greatest amount of good for their people.

In a statement to ‘Nation Shield,’ the UAE Armed Forces magazine, on the occasion of the UAE’s 49th National Day, Sheikh Saud said: “Today, we celebrate the 49th anniversary of the establishment of the Union, which was founded upon the vision of the late Sheikh Zayed bin Sultan Al Nahyan and his brothers, the founders of the Union, who achieved a distinguished success based on investing in people, making the UAE a centre of prosperity and growth in the region and a commendable example for social welfare and economic well-being.

“The UAE is advancing confidently to secure its befitting place among advanced nations, by protecting our human, social and economic capacities and exerting all possible efforts to achieve overall development and advancement. We are proud of our accomplishments, and we are driven by the Spirit of the Union to achieve further successes,” he added.

— With inputs from WAM