UAE has been always been our preferred venue, says BCCI secretary Jay Shah

Kolkata: The Annual General Meeting of Indian cricket board in Ahmedabad of Gujarat on Thursday put a seal on it as a power centre for Indian cricket – apart from ceremonially opening the giant Sardar Patel Stadium with an exhibition game between the officebearers. The 100,000-capacity stadium, built in place of the erstwhile Motera, will be the hub of action in February-March when it hosts the third Test match against England as well as the entire five-match one-day series.

The stadium project was possibly the first major challenge for reticent Jay Shah, the 32-year-old son of Union Home Minister Amit Shah, now the secretary of world’s richest cricket board for more than a year. Then the joint secretary of the Gujarat Cricket Association (GCA), the young industrialist was at the forefront to deliver the dream stadium project – which was the brainchild of Indian Prime Minister Narendra Modi, erstwhile president of GCA before Amit Shah.

The youngest of the top officebearers of Board of Control for Cricket in India (BCCI), Shah has held his own in the company of former Indian captain Sourav Ganguly as the president so far – playing a major backroom role in a seamless conduct of the Indian Premier League under the shadows of the COVID-19 pandemic in the UAE. The next year will be even more challenging with India scheduled to host a major ICC event after five years with the T20 World Cup, the home series against England while the IPL is round the corner in a few months’ time.

The uncertainty over BCCI hosting a domestic season invited strong criticism from certain quarters, justifiably so, before the board recently announced the launch of the T20 Syed Mushtaq Ali Trophy – while the AGM resolved to compensate the men and women’s first class cricketers for the lack of a full-fledged season.

In a rare exclusive interview with Gulf News, Shah looks back at what had been an extremely demanding year for India’s cricketing establishment and and their plans for 2021. Following are the excerpts:

GULF NEWS: The hosting of a successful IPL in the UAE must have been a hugely satisfying one for the UAE as 2020 is winding down. How do you personally look back at the success of the event?

JAY SHAH: The IPL is the biggest T20 tournament in the world. It is high on quality and the level of competition matches that of international cricket. The IPL is an ecosystem in itself. It impacts everyone from key stakeholders to those in second service and support sectors like hospitality and logistics.

At one point, the IPL had to be suspended indefinitely but we got back on our feet. We felt that we needed to innovate and adapt to overcome the massive threat posed by the pandemic. We had considered every scenario and our teams worked overtime. The viewership figures have seen massive growth and even though we could not have fans inside the stadium, they watched the action either on TV or through their smart devices.

Someone like Varun Chakravarthy even received his maiden India call-up but an injury ruled him out and paved the way for T. Natarajan, another hard-working youngster. It has been a thoroughly satisfying season for all of us. 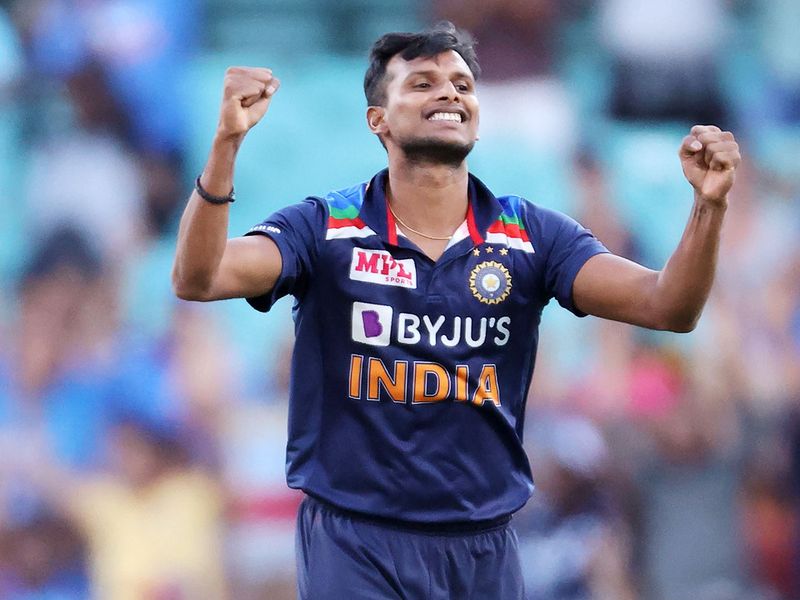 The little-known T.Natarajan made his way to the Indian squad to Australia on the strength of IPL performance only, points out Shah.
Image Credit: AFP

A full-scale event like this in the UAE has now raised the expectations of the UAE fans about seeing it again in New Year or getting some decent international cricket. Are you in a position to comment about it?

The India-UAE friendship transcends all boundaries as there is mutual admiration and respect. We share a great working relationship with the Emirates Cricket Board. The facilities there are world class. If you remember, the IPL first came to UAE in 2014 and the BCCI also hosted the Asia Cup in 2018 before conducting the 13th season of IPL. UAE has always been our preferred venue.

Life in the bubble now seems to be a threat to the elite cricketers’ mental health, but there seems to be no option as the pandemic still carrying on. Your thoughts on that?

Not being able to do routine things like going out and spending time out in the open is definitely tough but we must understand why we create bio-secure bubbles. A huge effort goes behind creating them while the expenditure shoots through the roof. We always believed that when it comes to the health and safety of our people, there will be no compromise.

To give you an idea, the BCCI conducted over 30,000 RT-PCR tests during IPL. The results are there for everybody to see. We could conduct a tournament of IPL’s magnitude amidst a ranging pandemic only because the health and safety standards laid down by us were of the highest standards.

Both you and Sourav Ganguly featured in the ICC promotion for 2021 World T20, scheduled to be held in India. How is the BCCI looking forward to it as it will be after five years that India will be hosting an ICC event?

The passion for cricket in India is unmatched. The fans back home love an engrossing game of cricket and will always turn up to show their admiration. India did not qualify for the final of the ICC World T20 in 2016 but we still had a packed house for the final between West Indies and England. When both the West Indies women and men’s teams won the trophy, the atmosphere in Eden Gardens was nothing short of a carnival.

The fans have waited very long and we want them to be back inside the stadium cheering for their favourite team. I am confident we will be able to provide a rich cricketing experience.

The domestic season for 2020-21 is a matter of huge conjecture as it affects the livelihood of thousands of first-class cricketers. What are the realistic chances of hosting it?

Every year, the BCCI conducts close to 2500 matches across different age-groups. However, this year has been very different. There is no doubt that we will have to tweak our tournaments and a major rejig is required since we have lost a lot of time. The coronavirus situation in India is much better now but we are still sometime away before it is safe to go out and play cricket. Like I said earlier, we can’t be compromising on the health and safety of our cricketers and match officials. Domestic cricket is our backbone and we will have it as soon as the situation permits.

It’s been more than a year that you have been running the BCCI. How have you been handling the time-management part of it?

Well, time-management is the key. Before the pandemic, I was working from BCCI headquarters twice a week. After the COVID-19 situation and national lockdown, I switched to the virtual mode. In fact, all IPL 2020 season-related work was done primarily through virtual conference calls. I would like to make a special mention to the BCCI staff who have worked round the clock to deliver our vision through these challenging times.