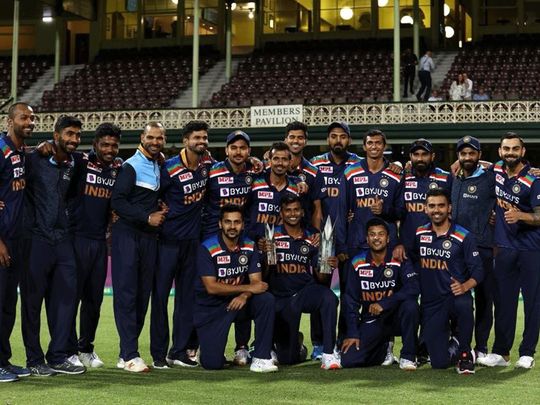 Dubai: It was Even Stevens at the end of the day with Australia winning the One-day International series and India the T20 Internationals, but in the process both teams giving enough pointers about their comfort zone in the respective formats. This, however, sets up the real battle nicely when the four-Test series gets under way with a day-night first Test in Adelaide from December 17.

The hosts, playing before a raucuous crowd of over 30,000 at the Sydney Cricket Ground with attendance limits lifted in new Covid-19 protocols by the New South Wales state government, thwarted a series sweep by India by winning a thrilling third and last T20 by 12 runs. It was a high-scoring game which saw Indian skipper Virat Kohli scoring a masterly 85 while chasing a steep target of 187, but he fell to a sensational diving outfield catch by Daniel Sams 11 balls from the finish – ending India’s hopes.

Putting the T20 series win into perspective, Kohli was quite objective: “We are finding ways to come back and give the opposition a scare and the series win is a little asterisk for us to finish the 2020 season on a high.” 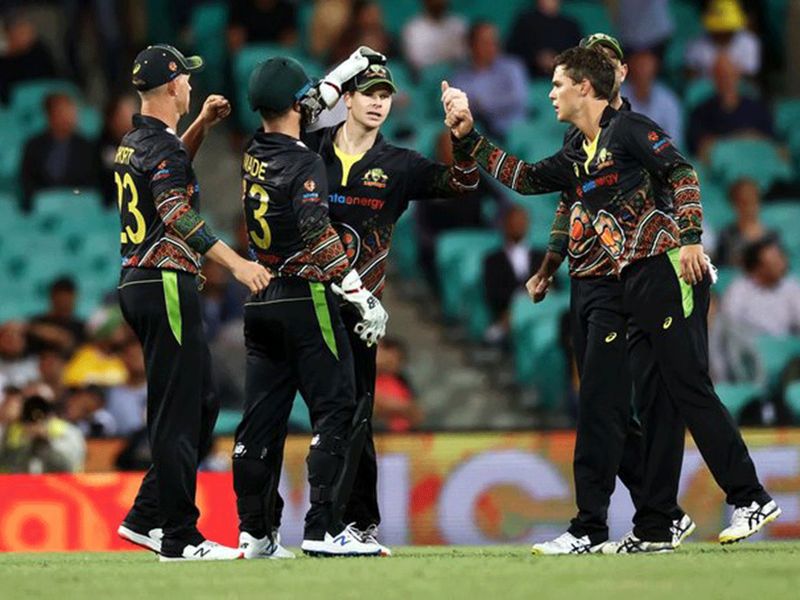 Hosts Australia will be happy with their effort as they pulled one back by winning the last T20 International.
Image Credit: Twitter

“At one stage when Hardik (Pandya) started going, we thought we could pull it off,” Kohli said. “The middle over phase during our batting cost us the game. A partnership of 30-odd would’ve made it easier for Hardik.

Earlier, Matthew Wade blasted his highest T20 score and an eventful Glenn Maxwell half-century lifted Australia to 186 for five after India had won the toss.

Maxwell had quite a night out as he survived two reviews, was caught off a no-ball, had a six prevented by an acrobatic Sanju Samson fielding over the rope and finished with three sixes before he was out for 54 off 36 balls.

Wade put on 90 with Maxwell for the third wicket before he was leg before wicket to Shardul Thakur for 80 – his highest T20 score – off 53 balls with seven fours and two sixes.

“It was a great series, and we just happened to be on the wrong end of the first two,” Australia captain Aaron Finch said. “It’s the first time in a T20 series we’ve had two leg-spinners in the side, and they were bold with the short boundaries here, so credit to both of them.”

The high points of the series was Pandya carrying on the good work of the ODI series to be adjudged Player of the Series, while T.Natarajan, ‘‘Nattu’’ to his Sunrisers Hyderabad teammates, showed admirable temperament to stick to the right areas and yorkers. “After the 2nd ODI we thought we’d think of this as a four-match series and we managed to get three wins, so we’re happy with that,” Pandya said.

Maxwell, meanwhile, seemed to have rediscovered himself soon after a disappointing Indian Premier League (IPL). Over then to the warm-up matches…

A. Finch c Pandya b Sundar 0

M. Henriques not out 5